About Us - TEDx Athens

TEDxAthens creates unique gatherings and events designed to catalyze and stimulate creativity, entrepreneurship, social change and inclusion. TEDxAthens is a proud member of TED’s independently organized TEDx events program, and the first ever TEDx event in Greece, established in May 2009. It amplifies great ideas worth sharing and implementing to the world. To date, it has curated more than 200 talks from world-renowned thinkers, doers and innovators. These talks have been viewed more than 7 million times online. It is, by acclamation, the most impactful and influential platform for ideas in Greece and the wider Balkans region.

TEDxAthens is a team of 70+ passionate volunteers, who believe in creating opportunities for change, by delivering high-quality content born from all aspects of life, through conferences, adventures and social projects, in order to educate, motivate, inspire and become catalysts of change both locally and internationally.

ABOUT THE
TEDx PROGRAM

TEDx brings the spirit of TED’s mission of ideas worth spreading to local communities around the globe. TEDx events are organized by curious individuals who seek to discover ideas and spark conversations in their own community. TEDx events include live speakers and are organized independently under a free license granted by TED. Each TEDx team operates independently from TED and its TEDx sister events in the same country and city.

HOW WE
MAKE IT HAPPEN 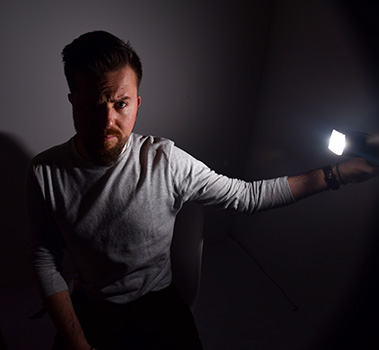 Dimitris "DKG" Kalavros-Gousiou is a 30-year-old technology entrepreneur and investor. He serves as Co-Founder and General Partner at Velocity.Partners, a pre-seed and seed Venture Capital Fund active in Greece and SEE.

He is best known as the Founder and Curator of TEDxAthens, the most impactful platform for ideas, dialogue and talks in Greece. Prior to his role at Velocity.Partners, Dimitris co-founded Found.ation (a leading startup acceleration and innovation hub in the Balkans), TechTalent School (a coding school) and TechTalent Pool (a recruiting SaaS for developers).

From 2011 to 2013, Dimitris served as a Referrer for pre-seed investment firm HackFwd, leading its pipeline in Greece and Southeast Europe.

DKG holds a Law degree from the University of Kent at Canterbury and an LLM (Master of Laws) in Computer and Communications Law from the Queen Mary University of London.

He is a 2X alumnus of U.S. Department of State "International Visitor Leadership Program", classes of 2013 and 2017, the latter under the prestigious "Gold Stars" program, and a member of the Global Shapers Community of the World Economic Forum. 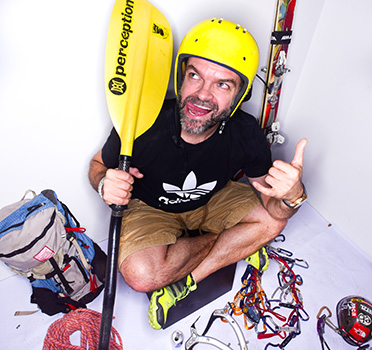 Dimitris Kokkoris
Dimitris is a design and print communication specialist, a social connector and an adventurer. He holds a degree in Printing Management and Information Technology from Rochester Institute of Technology, USA. He started his career at his family's business, Dot Repro, a creative print services provider, and has been occupied there ever since. From a very young age, he has been training and competing in several disciplines of mountain and water sports as an amateur athlete. He has been a founding member of Young Leaders, the Hellenic Young Entrepreneurs Association. He is a BoD member of the Costeas-Geitonas Schools Alumni Association. Contributing, donating, volunteering and helping others in need have defined most parts of his life. His latest endeavour is in the adventure travel industry, being the co-founder of Cannibals Adventures, a sea-kayaking adventure travel company. Dimitris is passionate about simple and effective design. As an action-sports and adventures addict he spends lots of time in the outdoors. He also spends lots of time in his kitchen at home cooking for family and friends. When he doesn't pet his three cats, he loves to travel, meet new people and develop his personal skills. 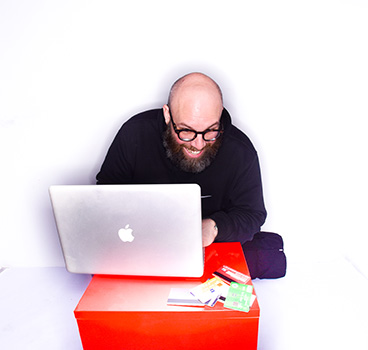 Yiannis Kotopoulos
Yiannis is a sports car enthusiast (to watch) and a food lover. To sustain those two passions he has been in the media, communications and marketing fields since 2004 holding numerous positions as a journalist (Champions fm, Eurobet Press, NBC [USA]), Account Director (Civitas Ketchum), Marketing and Communications Director (City Press and Free Sunday) and General Manager in the fashion brand madame shoushou. His TEDxAthens role is to find recourses (show me the money) and meet sponsors’ needs creating a unique experience and value for both sponsors and attendees. He is also a Social Media enthusiast still trying to crack the «chicken or the egg» dilemma. 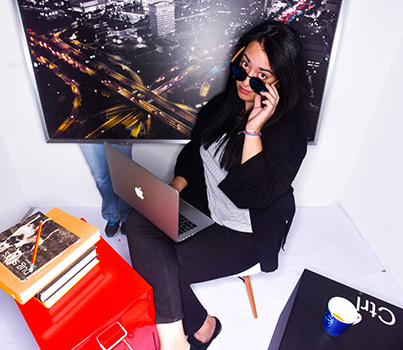 Stella Psarrou
Stellas’ personal motto is: ‘’ Wherever there is a human being, there is an opportunity for kindness’. She born in Athens when the song ‘’ What's love got to do with it –Tina Turner’’ reached the top of the charts. She is studied Sociology of Religious at the National and Kapodistrian University of Athens. She holds an Executive Diploma of Project Management  from University of Athens and a Master of Business Administration (MBA) from the University of Cyprus under the Thesis title of: Corporate Volunteering – Case Study: Volunteers Program Special Olympics World Summer Games ATHENS 2011. She had the chance to share her passion for event planning working on major events as Olympic Games Athens 2004 and Special Olympics World Summer Games Athens 2011 as Volunteers Program Coordinator. She has over eight years of experience, specializing in corporate volunteerism. She is currently working as Volunteers Program Manager at Special Olympics Hellas. Here you could see her last project playunified.specialolympicshellas.gr. Her role at TEDxAthens is to design and develop a successful volunteer engagement program. 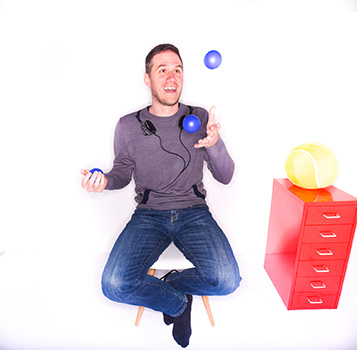 Filippos Zakopoulos
Filippos is a Managing Partner at Found.ation, a technology and innovation platform based in Athens. Found.ation focuses on the intersection of startups and corporations helping both sides tackle the digital transformation era. He is a technologist, a business developer, and a strategist. He has an academic background in electronics and an extensive business development track record having been active in various sectors, from smaller scale startups to larger corporations. Filippos has worked as an electronic engineer in the neutron source proton accelerator of the Rutherford Appleton Laboratory in the UK and as a business developer and a commercial director in the renewable energy sector. Prior to undertaking his role at Found.ation, he co-founded Pixelocracy, a specialized web technology agency. Currently, he is also part of the Tech Talent team, a leading online tech recruiting platform. Filippos is an active ambassador of the transformational challenges that new technologies bring in our society and companies and regularly speaks on the topics of digital transformation, technology, and innovation. 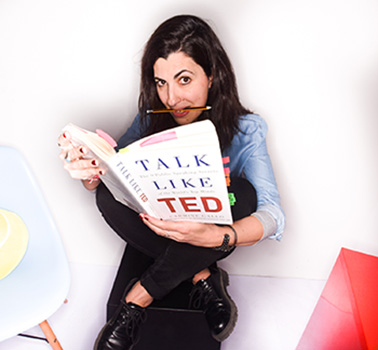 Alexia Axioti
There is no one without a story. A story to write, to experience, to share. After a brief but soulful pass through the world of art and almost 15 years  in a corporate fast fashion environment, Alexia wants to support people in recognizing and creating their story exactly as they want. You will find her playing board games with her daughter, in a pilates studio, lost in a movie, reading through her library, dancing in concerts and as a Storytelling  Coach in Own Your Story. In TEDxAthens she stands behind the curtain of the stage supporting the new storytellers. She also coordinates & supports the team with special projects.
VIEW MORE