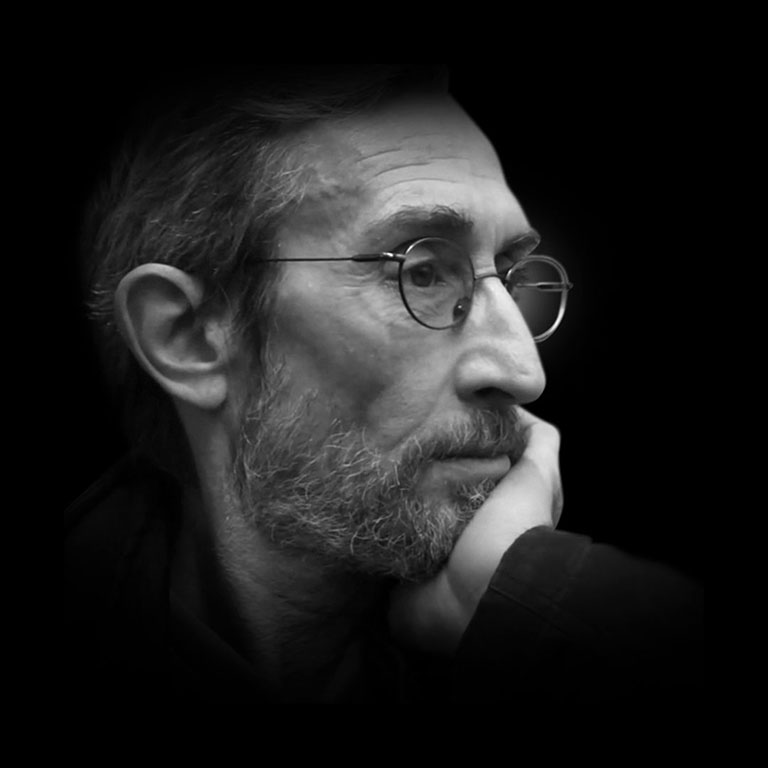 Giorgos Mparkouris completed his studies in Computing and IT in 1985 and during the 80s, he worked in a record company, was a radio producer in the national broadcasting as well as had his own band. He went on to work as a technician in computer labs in the National and Kapodistrian University of Athens as well as IT Manager in the Greek Center of European Studies, leaving his band days behind.

Up until the early years of the economic crisis, he continued to work as a freelancer. However, in late 2011 he ended up as homeless and sought refuge in a homeless guest house, from which he left in 2013 firstly to move in with friends and later on in a commune up until 2017.

It was in that year that he started to teach computer science in refugee communities at Tech Talent School. In 2018, he was assigned the coordination of Start Project, an educational program on computers and technology for economically challenged social groups, supported by the Municipality of Athens and Microsoft. During all these years, he has traveled extensively in many destinations including Europe, the Middle East and South America, in his quest to learn more about new cultures.